The California Golden Bears are 4-0 in football! No, that doesn’t quite sound right… let me say that again…

The CAL BEARS ARE FOUR and OH!!!! We’re back in the polls at 24!!! And we can now add Seattle to Austin as being Bear Territory!

I wasn’t sure what photo to use to headline this post. Or what to write for that matter… A recap of another exhilarating road win… another demon crossed off our list… extending our perfect record to 4-0.  Back in the national rankings… So what photo to use… An action shot of a play? One of friends, or the band? The giant California flag we brought?

Nope. Others can recap the game better than I can. This weekend, and the moment captured up there in particular, reminds me of why we love sports. And why I love and am so passionate about Cal. That’s my buddy Emmett. A few weeks ago I talked his dad Dave Tjen – one of the most hard core Cal fans I know – into joining me in Seattle for Emmett’s first ever Cal road game.

We stayed at the team hotel and throughout Friday evening as we just relaxed, had dinner and hung out in the lobby, player after player would come up and say hi to Emmett and high five or fist bump him… Daniel Lasco, Steven Moore, Mike Barton, Kenny Lawler, Stefan McClure and so many others… Coach Dykes came up and said hi, and a little later Kate Dykes – who is simply sensational – came and joined us for a while too. Later, well after midnight, Emmett was so excited he couldn’t get to sleep.

After the game we hung around with the families to see the players and staff and just soak in the good feelings of another win. I’ve said this before, but it bears repeating because it amazes me how many people don’t get this; winning is more fun than losing.  And winning is also really hard, so when you win, you need to enjoy it.

So after the game, even though they were tired and sore and beat up, all of the players once they saw Emmett’s beaming smile would break into smile and come talk with him and pose for a photo. Jared Goff, Jalen Jefferson, Chris Borrayo, Stephen Anderson…

It is absolutely endearing how the guys treat our fans, and especially our young fans. And then something REALLY special happened… both Trevor Davis and Chris Borrrayo gave Emmett their game gloves… now to say Emmett was excited would be an understatement.

So after dinner and getting back to the hotel, when Emmet was finally able to get to sleep, he went to sleep the only way a 10 year old would know how; wearing those gloves he was given!  I can only wonder what he was dreaming about… Ah, to be ten again!

People get on me sometimes because when it comes to Cal I’m relentlessly, or unrelentingly, positive. I just don’t have time or the room in my life for being negative and bitching and moaning. Am I disappointed when we lose, oh yea I am. Do I find myself thinking that it’s crazy I allow something over which I have no control, played by a bunch of 18-22 year old guys, to impact my emotional state and mood?  Yep. And it is. But it’s what makes life so incredibly fun.

I even got a hug from Kate Dykes – actually a few… and you know what, hugs of joy are awesome!  We need more of those! After our next win, hug the Cal fan next to you!

I want to close this out with my other favorite moment of the weekend. Last week in Austin, Stephen Anderson dropped a pass – an easy pass – that would have clinched the victory in much less dramatic fashion than it took to get the win over Texas… But because this is a TEAM we still won the game… the team gets your back!

But, when he came over with the team to celebrate with the fans he wasn’t looking so happy… and then, oh and then you could hear it, his mother yelling “WIPE THAT SAD LOOK OFF YOUR FACE!!!” Nobody, but nobody, is messing around with Charlene Anderson!  I LOVED IT!!! He talked about it here and about how his mom is always there for a kiss… and sure enough, after the game on Saturday…

This team has something special going but they know it’s all about focusing on the next game… The next game is ALWAYS the most important game. But if they do that they should embrace Coach Martin’s rallying call “WHY NOT CAL!”  So there you go.  Cal is 4-0. We haven’t lost a game. We’ve won twice on the road already. Don’t worry about the flaws, you have no control over it. Just appreciate and enjoy the wins. And you know what, don’t be afraid to be a 10-year old again and DREAM of a Rose Bowl… 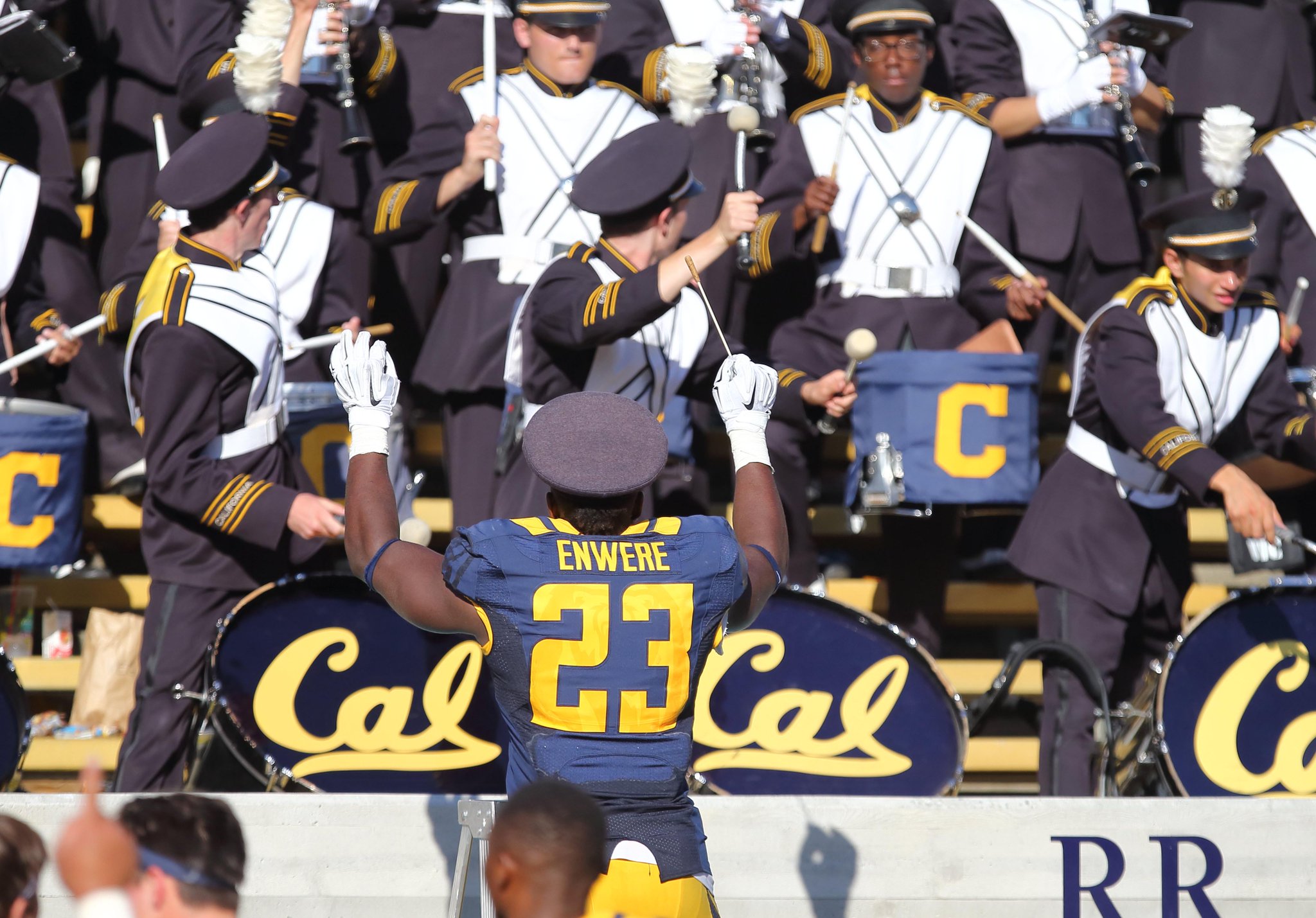 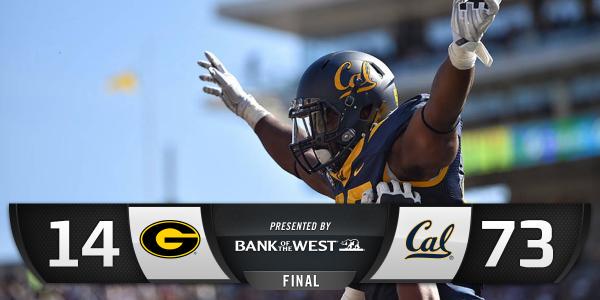