Let’s begin with this.   Complaining about referees and umpires is a favorite pastime of fans around the world.  It’s fun.  It really is. And truth be told, there’s something really entertaining about it when bad calls go against a home team and the crowd gets riled up.  That sort of primal booing gets us going.

We normally hear about how “complaining about officials is for losers.”  And I sort of agree with it. But in the case of the Pac12, so often the officiating in a game is so egregious it warrants discussion and gets attention from national media.

These last 5 mins really have been #Pac12Refs in all their glory.

This past Saturday in The Big Game between Stanford and Cal at Memorial Stadium in Berkeley, we experienced one of the most hideous displays of officiating people can remember.  And here’s the thing… it wasn’t one call, like in Oregon v Oklahoma.  It was ongoing all game. Even rival USC conceded our game was the worst officiated game!

That Kendricks non-INT infuriated a lot of #USC fans, but the worst #Pac12Refs game of the week was Stanford v Cal http://t.co/Gs3V2dfSAL

On the very first play of the game, Cal’s Michael Lowe was EJECTED for an alleged targeting play by umpire Rick DiBernardo.  First play of the game.  No one can ever remember seeing that.  Let’s say for the sake of argument the call was correct.  Later in the game Stanford’s Ronnie Harris takes a completely cheap shot on Cal’s Trevor Davis.  Watch the video.  A few things to note. The pass was well overthrown.  The play is done.  Davis is clearly no longer going for the ball.  And yet Stanford’s Harris hits Davis in the neck and head with his forearm.  A play that should lead to a penalty and ejection.  And here’s the kicker, the official (two in fact) ARE RIGHT THERE as the play happened in the wide open field.  No penalty.

and here’s another view.

Again, the best part is the official IS RIGHT THERE, and yet no flag.  BTW, this sort of play isn’t uncommon for Stanford in Big Games under Bradford M. Freeman Director of Football (seriously,  that’s how Stanford refers to their head football coach) David Shaw.

The personification of Stanford Football

Last year, Shane Skov, one of the dirtiest players in the conference (who was also arrested for DUI), delivered this cheap shot, where he launched himself and delivered helmet to helmet to Cal QB Jared Goff, injuring him so he had to leave the game, which prompted the national broadcasters to say he should have been ejected.  But there was no flag,  let alone ejection.

And of course, no discipline from David Shaw, he of the “Stanford way” fame. (apologies to my Stanford friends, I’m still peeved about that dirty hit)

But that was just setting the table so that the national media could join in.

Late in the 3rd quarter, Cal ran a play for an apparent touchdown as it was ruled on the field.  It was reviewed and determined tho to not be a TD.  Inexplicably the ball was placed at the 1 yard line even thought the ball was either across the endzone or inches short.

On the next play, Cal QB Luke Rubenzer ran a QB sneak and scored.  TOUCHDOWN!  But wait a second, once again the booth official wanted to review and, incredulously, said it was not a TD. You have to understand that in order to overrule a call on the field there has to be “clear and irrefutable video evidence.” 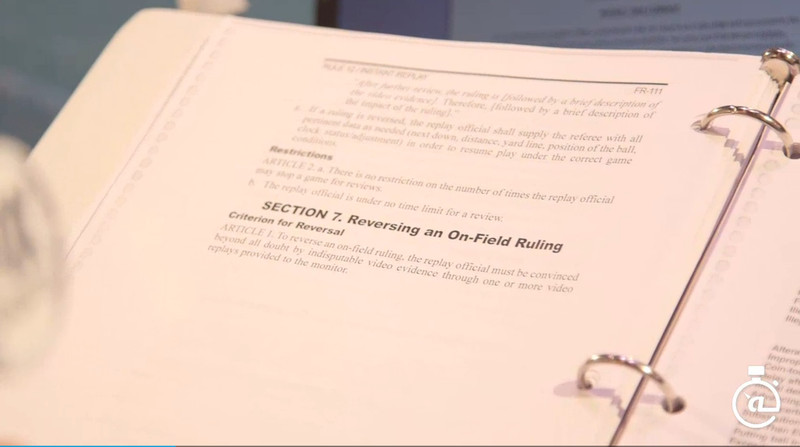 And then Jared Goff threw a perfect pass to Kenny Lawler, which was caught for a TD.  But once again the booth buzzed the field and overturned the call. The stadium was in an apoplectic fit with chants of “REF! YOU! SUCK!…. REF! YOU! SUCK!” raining down.

The officiating was so egregiously bad, respected former official and Vice President of Officiating for the NFL and current Fox Sports commentator Mike Pereira felt compelled to do a special commentary on just how bad it was – Bandits in the Booth Cost Cal.  Take a couple of minutes to click on that link to see him rip into the officials.  He literally calls them bandits!! When have you ever heard a commentator use such strong language?

You have to ask yourself if it was in fact corrupt?  Because here’s the sad thing, the Pac12 was embarrassed nationally in basketball last year when it was revealed that its officials were instructed to target Sean Miller, head coach of Arizona, with a technical.

I will give the Pac12 and Larry Scott credit.  Late tonight, after most deadlines, they publicly acknowledged how bad the officials were:

During a California possession late in the third quarter, the instant replay crew reviewed three consecutive on-field touchdown calls by the game officials on one California offensive possession.

The NCAA Playing Rules state that to reverse an on-field ruling, the replay official must be convinced beyond all doubt by indisputable video evidence.

Through the Conference’s officiating and game management review process, it was determined that there was not enough evidence through video replay for the instant replay crew to overturn the second and third touchdown calls made by the officials on the field.

The replay crew will be held accountable for the errors through the Conference’s disciplinary process.

But I don’t want to stop there because there’s one more play which absolutely must draw into question the integrity of the officials in Saturday’s game.  Here is a photo sequence of it:

Let me explain what’s happening here. In the first frame you see Cal attempting an onside kick.  In the second frame you see the scrum for the ball and Stephen Anderson coming out with it.  In the third frame you see him running ten yards away – but the officials (unlike every other person in the stadium) don’t seem to see him.  So there is STILL no call by the officials.  Finally, in the 4th frame, you see the back judge Joe Johnston and the field judge Jeffrey Yock, who are still trying to untangle the scrum – not looking downfield to Anderson –  INEXPLICABLY signal Stanford ball.

Cal’s Stephen Anderson was holding the ball 15 yards from the pile and an official pointed Stanford ball. #pac12refs

Think about that for a second.  What is going on?  They CLEARLY cannot see a ball let alone who has possession because THE BALL IS NOT THERE.  Yet with certainty they signal, Stanford ball.  Here’s why that’s important.  Had the ball actually been there, then the call on  the field would have stood under review (I mean come on…).  HOW can the officials make such a blatantly bad call?  It honestly can only be one of two choices – inept or corrupt.  I honestly don’t know  which it is.

So what do you say?  We have official acknowledgement that Pac12 officials in multiple sports are either corrupt or incompetent.  Which do you think it is?